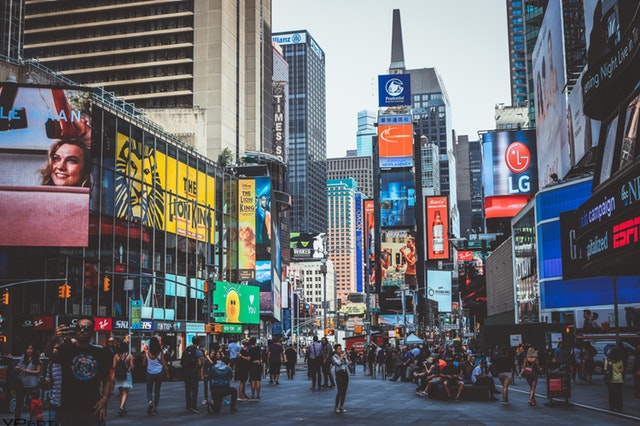 New York is one of the most famous cities in the United States. It is a city of 8.5 million in the northeast of the United States, visited by millions each year. It is the fourth most populous state in America. New York is a cosmopolitan city. It is home to almost all kinds of ethnic groups. It is one of the most populous cities in the world. Within New York is the headquarters of the United Nations and is a very economically powerful city. New York State is on an area of approximately 142 thousand square feet. The highest place in the state of New York is Mount Marcy, with a height of 1629 meters. Because New York is a coastal state, its lowest place is the Atlantic Ocean. It is located in Lake Ontario in the west of New York State. This lake has a border with Canada. It also neighbors New York state with Vermont, Massachussets, New Hampsire.

When Should We Go To New York?

The New York area is one of the world-famous cities that always attracts tourists. The busiest period in New York state is the summer months. During the summer months, tourists often come to avoid hot and adverse weather conditions. The summer months are almost the same as the temperature in Antalya province in our country. The winter months can be very harsh. Therefore, on cold winter days, no one usually happens on the streets and streets of New York, and may not be preferred on cold winter days. But on Christmas days you can come with the intention of travelling. You can make your trip by taking the necessary precautions and planning before you arrive. In New York State, fewer tourist and non-crowded days are spring months.  You can also take in the tallest place in the Empire State Building in New York state, overlooking New York City.

Dining options are available at almost every street in New York City. This is why tourists who come here can easily find food suitable for their taste buds. It is home to nearly all kitchens found in the world. There are many Turkish restaurants in New York City. For this reason, it is possible to find all kinds of Turkish dishes here. There is Fast Food culture in New York state. For this reason, you can experience the taste of local delicacies such as burgers, Hot dogs and Pizza in the city. You can also eat sweet snacks by buying Cheesecake or Cupcake from the numerous dessert shops located on the city. In addition, all of the restaurants you go to have a tip culture. At all New York restaurants, you must tip at least 20% of the fare you receive. This price is added to the receipt is presented to you. For this reason, it is important to remember the tip culture when leaving the restaurant.

Taxis are very famous in New York. Outside of the bus and Metro network you can travel by taxi if you wish. There are traffic hours in New York, especially in the Manhattan area. At some hours, there are traffic that becomes inextricable. So you can walk anywhere in New York. If your destination is far away, you can travel by using the Metro. In New York City, the subways were built long ago and have reached a very advanced way up to the present day. If traffic is low in your area, you can travel by using buses.  You should get a map for the subway network over New York. In addition, New York City is a city that does not sleep 24 hours a day of Transportation is constantly flowing. If you have just arrived in New York and are on the airport, you can book in advance and go to any destination with services.

Top 10 Tourist Events That Can Be Done In Miami