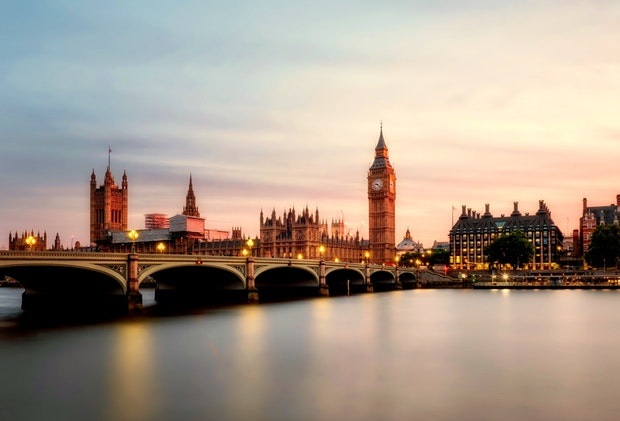 London is the capital of the United Kingdom. The city of London is quite cosmopolitan, with its diversity and diversity within it. It is also one of the most desirable cities on the European continent. People going to the city of London you can see people speaking more than one language around. This is because the city is receiving too much immigration. The city’s over-migration is affecting some policies. London has a population of 9 million.

London is one of the most visited places in the world, with its distinctive layout and architecture. It is possible to see people from the Far East or the Balkans within London. Because it receives a lot of migration, people from each region coexist. Some results emerge in the city after people migrate to this city and country. The city where it would be no coincidence to witness multiple cultures and hear multiple languages is London. It is possible to feel Chinese culture up to your bones, especially in Chinatown in the city of London. The cosmopolitan and colourful structure of the city of London is very useful for witnessing cultural differences.

When Should We Go To London?

The city of London, so to speak, is a city that receives constant rain. If you want to visit the city, you may risk getting wet at any time. It is popularly known as the country of England famous for its rains. So for the UK it might be a good choice to go after May if you don’t like rain. As London is very cold and rainy in winter, you may face negativity if no precautions are taken. It can manifest itself in rainy and deciduous weather as well as occasional sunny weather. People living in London often throw themselves out in sunny weather. In sunny weather you can sit on the grass and enjoy it. The landscaping in the city of London has been carefully done and has gained quite a beautiful image. Sometimes you can take walks in parks to take advantage of the city’s sunny weather.

You can travel by plane without transfer to London. You can travel to Heathrow Airport, Gatwick Airport and Stansted Airport in the city of London without connecting. Besides these airports, there are 2 more airports. However, non-transportable flights to these airports do not take place. You can make your journeys cheaper by transfer. Transport within London is quite simple. After arriving at the airport you can go to the city centre by train or bus. People often prefer to travel by Metro. It is possible to get your transport tickets before arriving in the city of London. Getting in early allows you to get in cheaper.

Eating And Drinking In London

London is quite cosmopolitan, so you can enjoy almost any meal. It has rooms that dominate the cuisines of almost all countries. It is possible to find the cuisine of countries such as China, India and Mexico. There are many Turkish restaurants in the city if you want to eat only Turkish cuisine if you do not want to look for different flavors. If you don’t want to visit only the restaurants within the city of London, you can browse through many markets and see the variety. You can visit Camden Market, Berwick and Brough markets to pick up food that suits your tastes. Food prices vary according to the location and services provided. You can exchange food more economically by going to grocery stores instead of restaurants.

Accommodation in the city of London is quite large. If you are coming to London for a trip, you may need to spend most of your travel costs to cover your accommodation. If you come to the city of London for education, you can afford more affordable accommodation by staying in the dormitories or by staying with the family. You can book or rent via Airbnb before you arrive. If you want to stay cheaply or if your budget is limited, you can afford a cheaper stay by staying in hostels. It is important in the areas where you will be staying in London. Some areas may be far from the city centre, some are happening very soon. According to this proximity, there can be some plays in the price. You can stay close to attractions by staying in neighbourhoods such as Westminster, Kensington and Chelsea.

Nightlife in the UK is quite active. People routinely spend their days having a few drinks in bars at work. There are bars and cafes at every point in the city of London. You can drink in bars or cafes or eat at dinner. Since music comes to mind when it comes to nightlife, there are sometimes concept places where everyone can go according to music taste. Especially festivals are held every year. Every year festivals in the city of London fascinate people. It can be difficult to find tickets to big festivals. But you have a better chance of finding tickets to smaller festivals. You can make your trip more fun by attending festivals.

London is one of the most organized and beautiful cities in the world, where thousands of people flock every year. As such, there are many places to visit in the city of London.

How Many Days Should You Stay In The City Of London?

Every city has a lifetime of sightseeing. In some cities, more time is needed because there are too many places to visit. London is the average of these cities. You can build a pleasant itinerary for London by visiting important places to visit in 5 days. You can fill your life with memories by travelling to major attractions such as the Abbey and Big ben within London, having fun at night in bars or festivals, taking beautiful pictures of each other.