Between East and West, Istanbul will be the European capital of Culture in 2010. On this occasion, the city undertook the renovation of its historic high places. But that’s not all…
Modern Istanbul is a vibrant cosmopolitan metropolis, where festivals and biennials drain an international audience and where modern art museums testify to the vitality of contemporary Turkish culture.

From the trendy shops of the Istiklal Caddesi to the scorching nights of the Bosphorus, the bustling old Constantinople once again proves its ability to adapt to modernity. While knowing how to remain herself… Welcome to the city of all paradoxes !

A facelift for Constantinople 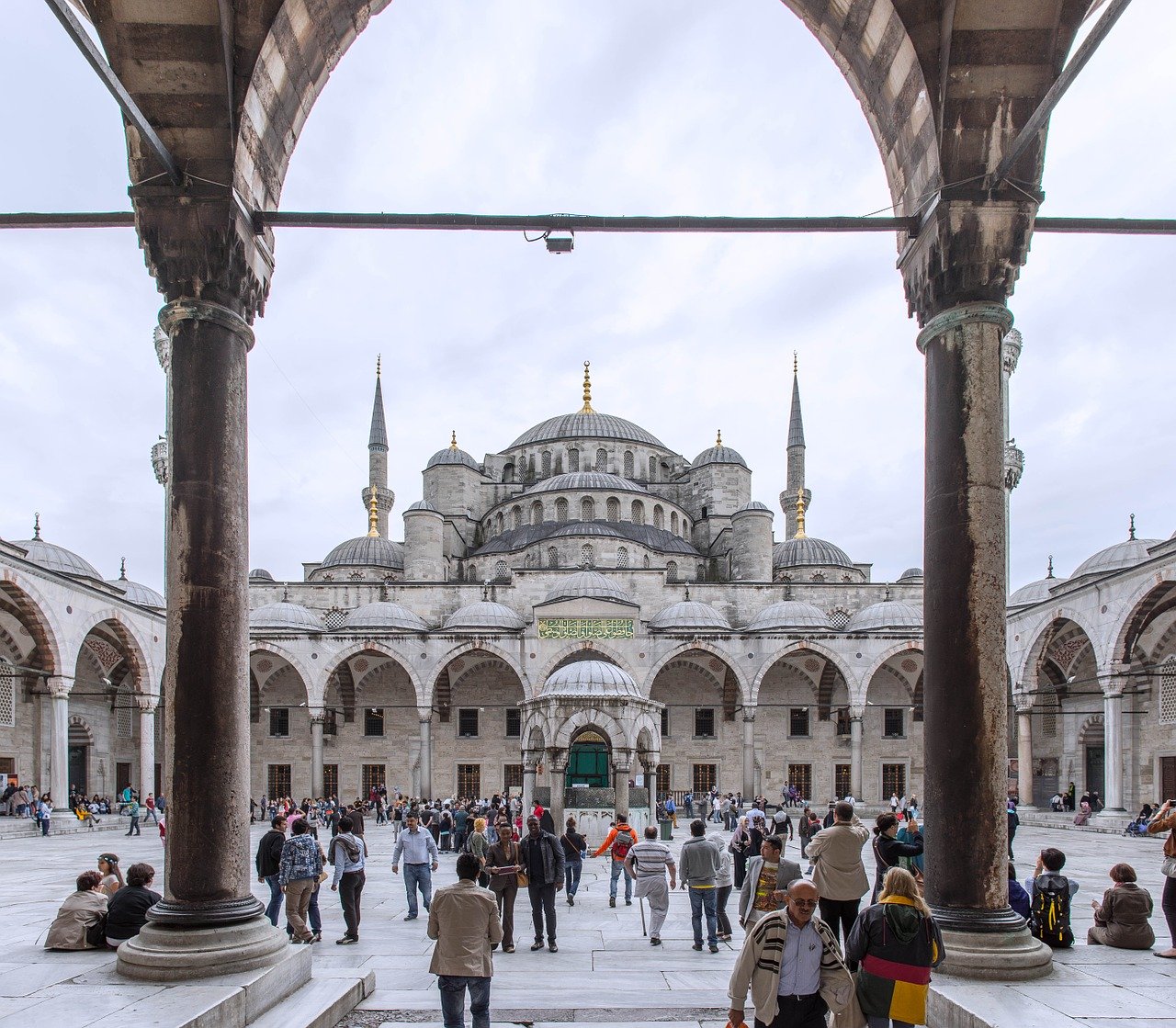 A link between East and West, Istanbul, the city with 2,500 mosques, was chosen as the European capital of culture for 2010. On the eve of the festivities, this metropolis of thirteen million inhabitants is in full facelift. The historic gems are being renovated, while American-style shopping malls and new places dedicated to contemporary art are emerging around the city. Ancient Constantinople once again proves its adaptability.

Still bohemian, La Pera (pictured), the old European neighbourhood bordering the Istiklal Caddesi, looks like Turkish Soho with its galleries and arty restaurants while along the Bosphorus, ultra design bars and clubs attract chic and trendy wildlife. The city seems to have its eyes set on Europe. Real estate speculation is in full swing, and the major rehabilitation or unlocking works in greater Istanbul are pushing the poor to the periphery. The first to suffer are the Roma, a community settled here for more than a thousand years. This change of physiognomy orchestrated by the municipality has a social and human cost : Express gentrification is underway.

The route to Europe 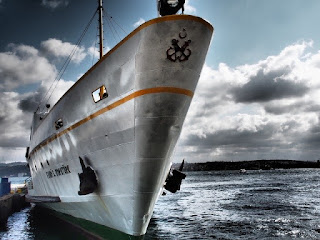 Turkey’s integration into Europe is still a subject of discord, yet Istanbul is already in the starting-blocks. As proof, it was chosen to embody the European cultural capital in 2010. This metropolis between two continents has taken this opportunity to restore some remains dating back to the byzantine era, starting with the famous Mosque of St. Sophia whose superb mosaics have been updated. More recent buildings, such as the kitchens of the Topkapi Palace, have been redeveloped and the “Ataturk” Cultural Center, named after the father of the nation, completely renovated, will host concerts and ballets throughout the year.

If Istanbul’s rich past has been attracting visitors since the dawn of time, the city intends to take advantage of this cultural showcase to assert itself as the capital of modern Turkey. Design week or contemporary art biennale are now proudly displayed on the calendar of events. Far from turning its back on its History, Ancient Constantinople is constantly reinventing itself.

Mixing remains its strong point, explains Mehmet Gürs, the star of Turkish-Finnish stoves : “stambouliotes are riding on traditions, change is accepted only if it retains a part of our identity “. This broth of culture benefits the new generation of stylists, designers and artists of all kinds who build their reputation on this mix of genres.

Contemporary art in all its states 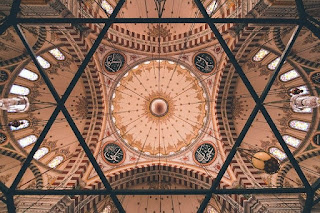 Istanbul is one of the few cities in the world to be able to boast two museums of Modern art. Opened in late 2004, Istanbul Modern is housed in a former Customs warehouse in the shade of the Tophane mosque. This private space of 4,000 square meters spread over two floors is a beautiful approach to the creativity of the Turkish art scene. The restaurant, furnished with essential pieces of design, offers a breathtaking view of the back and forth of the boats in the Golden Horn.

Housed in an old power station on Eyüp Hill, the Santral is even more avant-garde. The building is colossal: 118 000 m2 ! The University of Bigli is at the initiative of this multidisciplinary venue that hosts, in addition to exhibitions, several cinemas, a dance hall, a park and a library. Nearly a thousand student researchers-architects, designers or thinkers – also find refuge there every year. In the manner of the 104 in Paris, the Santral should revitalize the neighborhood where it is located. The area of Eyüp Hill is considered to be rather traditional and religious, as evidenced by the large Muslim cemetery.

Another project located on the outskirts of the city, the Yenikapi artistic production center displays a similar ambition. This platform welcomes students supervised by contemporary European artists such as Sophie Calle, Sanja Ivekovic or Antoni Muntadas. Their video and photo work will be on display at the end of 2010, but the site plans to remain a talent incubator beyond the Istanbul 2010 events. 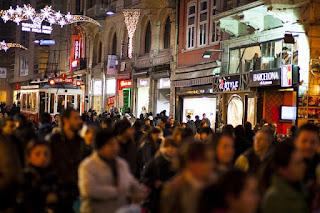 These are the Turkish Champs-Elysees. Nearly three million people flock to Istiklal every weekend ! Cossus buildings, embassies, trendy shops, restaurants, galleries are strewn along this artery that runs through the western part of the city, from Taksim Square to Tünel. The legendary paradox of Istanbul unfolds before our eyes : nostalgic tram or state-of-the-art car (although the street is pedestrian !), young girls veiled against youth looked, ultra design restaurant or tea room where traditional pastries are served… A special atmosphere emerges inevitably from this neighborhood that was already fond of European artists of the nineteenth century.

Today, the shop window has become the flagship activity, but the numerous art foundations installed in Haussmanian-style buildings offer a new breath to creation. The most prominent place, the Galerist has even earned an international reputation. Misir Apparitimenti, the building in which this pointed gallery is housed, concentrates the spirit of the avenue alone, with on the ground floor the house café, designed by Autoban, the local stars of design, on the top floor the 360°, panoramic bar with exceptional views and on the floors of the multi-brands of ultra chic fashion.

Also stroll through the streets perpendicular to the covered passages or alleys, especially the hectic Nevizade, which is full of taverns where the raki flows afloat. After the University of Galatasaray, descend to Cucurcuma, the former French and Italian Quarter, lairs of shops of small designers and brocanteurs. Bohemian atmosphere guaranteed.

The Bosphorus, the trendy lair 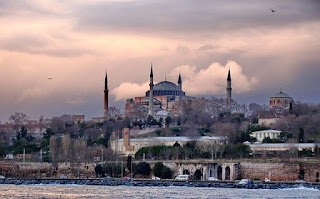 To smoke the dolce vità stambouliote, direction the banks of the Bosphorus. This area has always been popular with the sultans and the bourgeois who took refuge there in the summer to escape the dampness of the city. Today, the ancient palaces of Besiktas are transformed into luxurious hotels where the night can be around € 23,000 ! A boat ride will give a nice glimpse of the fortunes that lurk here. Politicians and wealthy industrialists own lavish wooden Yali, these traditional waterfront houses while American-style private residences grow like mushrooms on the green hills. It is the fourth most expensive villa in the world, estimated at $ 100 million. Yachts moored along the river replace the fishermen of the past…

On weekends, the golden youth comes to the open-air restaurants and select nightclubs of Ortaköy. But, small budgets also have the right of city. Walkers come to enjoy the village spirit that reigns in this neighborhood. Stroll through the flea market and between the potato shacks garnished, formula that allows you to eat at mini prices. Discover the stunning baroque mosque in the shade of the Bosphorus bridge, the Armenian Church, the seventeenth-century synagogue, the curious outdoor gym equipment installations, craft shops and cozy cafes … a real melting pot.