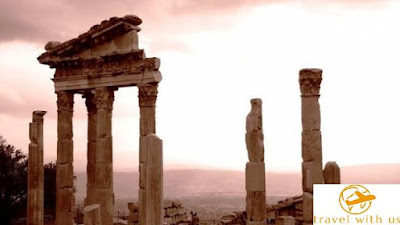 Nowadays, discovering Turkey is like discovering the historical and cultural richness of Europe.

The origins of Universal Civilization 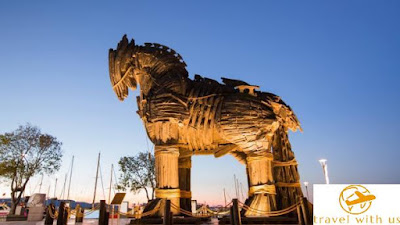 The Reasons Why Turkey is worth visiting can be read in Figaro Magazine of June 4, 1994: “for centuries, the Turkish land has hatched an infinity of riches. For the Traveler, today it is a magical place to recharge your batteries. Discover in Turkey this cultural and historical wealth of Europe “. Turkey is thus considered a historical space where the European visitor can find his cultural origins and rebuild his past.

This quest for Origins is formulated as a need by the tourist magazine Geo:
“Western Civilization needs to recharge and rediscover its most distant ancestors: Turkey before the Turks alone deserves a great exploration “(Geo, 1987: 71). Here we are witnessing the appropriation of the historical heritage of the Turkish territory by an ” we “who refers to the Universal Civilization presented as an essential prerogative of Europe, but which does not belong to the Turkish culture ; it is” Turkey before the Turks ” that interests the journalist. This mechanism is even more explicit in the following statement, which describes a prehistoric city in central Turkey : “the remains of a real city five hundred meters long, perched twenty meters above the plain ; the oldest city in the West (-9000) built according to a plan” 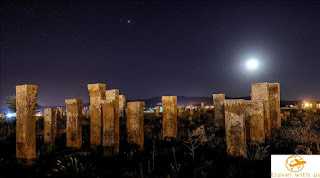 How can an 11,000-year-old city in Asia Minor be called” Western ” ? The French conception of civilization, as highlighted by Admiral and Lipianski, may allow us to explain this anachronism:

If French is able to ” rise effortlessly from the particular to the universal “, it is no less easy for it to assimilate universal civilization to its own, which it calls the latter Western or European. The fact that the prehistoric city described above was built according to a plan, that is, according to an organized and rational scheme, is enough to inscribe it in the space of universal/Western civilization.

The various designations of Turkish territory used in the articles analysed reinforce the idea of appropriation of a space and a past. The ancient denominations of certain sites, evocative of their Christian past, are indeed often preferred to their current Turkish name: Ararat for Agri Dagi, Andrinople for Edirne, Constantinople for Istanbul, Smyrna for Izmir, Bush for Bursa… according to Étienne Copeaux, a turcologist, this preference for ancient toponyms ” has the merit of drawing attention to a certain Western vision of Anatolia, interested in classical antiquity, claimed as a past of the West “.

He believes that the Turks, for their part, are hostile to the use of these ancient toponyms and are striving to assert their turcised equivalent. The Turkish view of Greek Antiquity also tends to relativize ” Greek historical merit considered greatly exaggerated by European historiography. The historical discourse concerning classical Greece and Anatolian antiquity is conceived as a refutation of the famous formula ‘the Greek miracle'”

Whether it is called in European speech Anatolia, Asia Minor or, more often, Mesopotamia, Turkey is rarely described as the land of the Turks. Behind the name of Mesopotamia hides “the cradle of the world, the In-Between Two Rivers “where” a continual mixing of civilizations “is realized. It is indeed in the Upper Valley of the Tigris and Euphrates that modern Europe finds a number of its historical references: “for Europeans, it is the East, but in a figurative sense. The Sun that Rose there is at the origin of our spiritual universe, our religious beliefs, our civilization ” (Schneider, 1987 : 78). By recognising the pre-eminence of Mesopotamian civilisations and by claiming their posterity, Europe is also affirming its own historical depth.

This right to claim the heritage of past civilizations is at the same time denied to the Turks when they want to use it to attest to their vocation to become Europeans. Also, we can read in an article by François Bécet, published in 1995 in the regional newspaper L’alsace :

How not to take seriously the Turkish candidacy ? The Turks know their importance and play it. The ministry that deals with investments says it, map in support, in an advertisement: “Turkey is not the center of the world […] it is located there, quite simply “. Undoubtedly, the country of Mustafa Kemal is inescapable. But it’s not just geography and geopolitics. 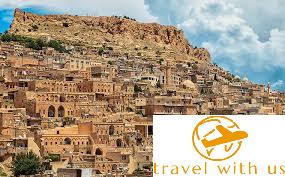 The author of this text thus accepts that the Turkish territory is located in the ” center of the world “, a conception that evokes the classical vision of Anatolia as the geographical place where the great ancient civilizations meet. It does, however, imply that the Turks remain, for one reason or another, different from the Europeans and are unfounded when they try to avail themselves of the past of the territory they inhabit.

We can see here that the journey to Turkey as proposed by the tourist articles of the French press is more like an inner journey than a meeting and mixing with other cultures. The visit of the many Greco-Roman and Christian remains present on the Turkish territory constitutes the next step on the path of the integration of past civilizations in the French collective imagination.