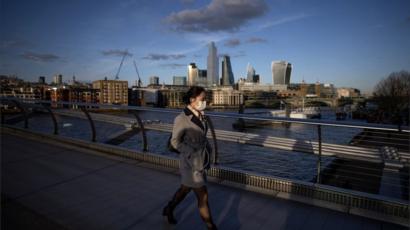 The British government finally decided to close schools and restaurants this Friday. Shops and museums follow the same path, as the city prepares for the non-mandatory containment advocated by Boris Johnson.

Special envoy to London. – 8: 30 am, on a Thursday in March like any other in London, red buses run in the drizzle, people go to work, but everything is a little different these days. There are fewer people on the streets, less noise, and more masks. 52 people have already died of the coronavirus (144 across the UK) and the UK capital is reporting 1,221 cases (3,269 in the UK). One of the first measures was the closure of 40 metro stations this Thursday. Traffic will be even more limited in the coming days and Mayor Sadiq Khan is calling for journeys and exits to be kept to a bare minimum.

“We really wanted to leave, but everything is closed»

A strange calm reigns in central London where all attractions close one after another. In the image of Westminster Abbey, in front of which we meet Anastasia Lepste and her husband. They have just arrived from Siberia for their first stay in London. “We really wanted to leave, but everything is closed. We will just go see the changing of the guard at 11 o’clock “. 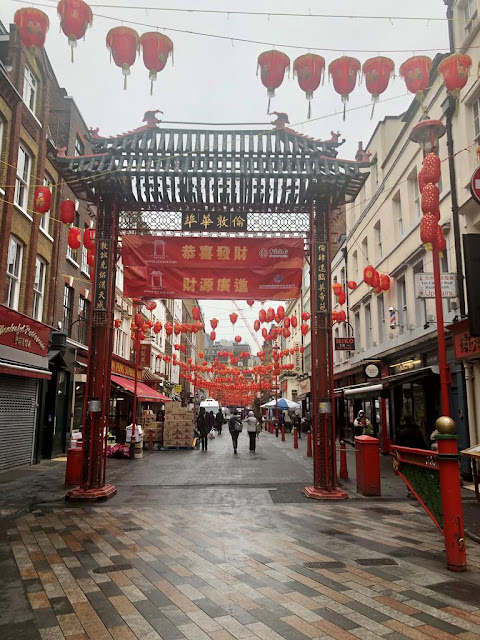 A little further away near Trafalgar Square, Chinatown has been extinct for several weeks now, except for a few iconic places, such as Gerrard’s Corner, which still serves its famous dumplings, and the picturesque Bar Italia, where we meet Eddie Green. This painter and neighborhood regular noticed a profound change in the atmosphere this week. “The way it all happened is very English, we did not react quickly to the coronavirus. But, even if I’m not necessarily a fan of Boris Johnson, I think he ended up taking good steps.” 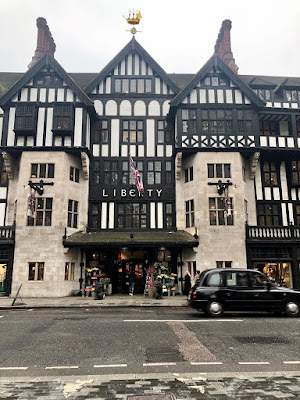 But the containment that the British were waiting for was not announced yesterday by the prime minister, during his daily update on the coronavirus. On the other hand, stores are closing, especially because of infected staff, as was the case at Selfridge’s.

Harrods had remained open during the Blitz… But the coronavirus made him bend. Its pharmacy and food section remains open but the rest of the famous store located in the upscale Knightsbridge area closed its doors Friday night. “The health of our colleagues, clients and Partners has been our top priority during this period of uncertainty,” said director Michael Ward in a statement.

Same goes for restaurants. The prime minister asked this week to avoid pubs and restaurants, but without attaching this council a firm ban. The latter are forced to close on their own to limit losses and hope to reopen after the epidemic. Donald Edwards, trumpet sommelier – Chiswick’s Michelin – starred restaurant that closed on Tuesday-recounts the meteoric decline in attendance. “We were off to a good start in January and February. After the last uncertainties about Brexit passed, the climate of stability benefited us, and then we began to make fewer and fewer customers. Last Friday we covered 38 instead of 90. We hope that the government simply decrees the closure of bars and restaurants and allows us to reach technical unemployment. One million people in the sector are at risk of losing their jobs in the UK. »

The same is true for Pascaline Herry, a native Frenchwoman and concierge at Standard London, a cool boutique hotel, opposite Saint Pancras station and which has not closed. “The hotel was full until mid-December, especially at the time of Fashion Week in September 2019. There was a big difference with the one that took place in February 2020. We went from 90-100% occupancy rate, to 40 %, and last week to 14%”. Faced with uncertainty about the future, Pascaline hesitates to return to Europe temporarily, like many of her expatriate colleagues.

What about the post-coronavirus in London ?

No one really knows. Donald Edwards fears that some restaurants may not reopen and that many expats working in the hotel business decide to return to their home country and do not return. He anticipates a possible return to normal in the sector in September, when the prime minister estimates that 12 weeks of confinement could be enough to make things happen.

For now, Boris Johnson has closed the schools and repeats that we must isolate ourselves and wash our hands. Yesterday, he welcomed the forthcoming vaccine trials by British scientists and the ongoing development of a tool to test 25,000 people a day, making it easier to locate the virus. “We can reverse the trend within 12 weeks,” the head of government said at his daily press briefing from Downing street. In the meantime, everyone is preparing to be confined in the coming days.

Travel Budget and Cost of Living in Turkey