What to do in Bodrum Discover our selection of must-sees to do in the most chic seaside resort in Turkey.

Also known as the Turkish Saint Tropez, Bodrum is one of the main holiday destinations in Turkey, a stopover for many cruises. Located on the Gulf of Cos, in Mugla province in the south-west of the country, it attracts hundreds of thousands of visitors every summer, both from the locals of the Istanbul bourgeoisie and foreign tourists. Party people flock there to enjoy its famous nightlife. Bordered by the Aegean Sea, the city has managed to preserve an authentic charm: witness its streets of White Houses of Cycladic style, perfumed with flowers and adorned with color details. In addition, the remains of the ancient city of Halicarnasse mark the place and history enthusiasts will be able to discover priceless vestiges.

In short, it is a destination of choice with many assets. Discover what to do in Bodrum to make the most of your stay.

1. The Castle Of Saint-Pierre 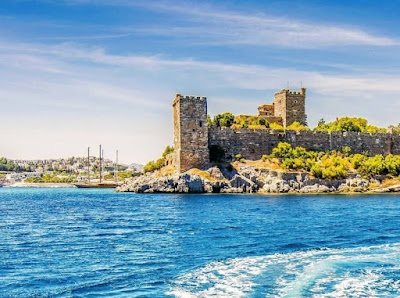 The castle of Saint-Pierre is the emblem of Bodrum : it is from this that comes the name of the city, deformation of the latin petroleum or Petronium. It was built in the 15th century at the initiative of the members of the Order of St. John of Jerusalem, from the ruins of the mausoleum of the mausoleum King.

Despite the many attacks that the castle has suffered since its construction, especially during the First World War, it remains extraordinarily well preserved and visitors can even observe the weapons of the Hospitallers of Saint John of Jerusalem on some windows. You can walk freely on the ramparts and enjoy the exceptional view of the castle, which overlooks the Aegean Sea. It also houses a garden highlighting an important collection of Mediterranean plants and their mythological meanings.
,

2. The Museum of Underwater Archaeology 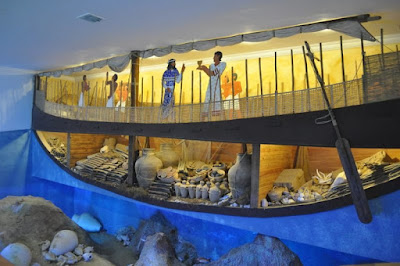 The museum was installed in the castle of St. Peter in 1962, at the request of the Turkish government. It shows the findings of many expeditions in the Aegean. From the wreck dating from the bronze Age, a witness to the commercial exchanges of the time, to the Roman merchant ships of the VII century, the museum is full of treasures. It houses an important collection of amphoras that spans several centuries of history, one of the four most important collections of ancient glassware, jewellery and many Greco-Roman, Egyptian and Ottoman goods.

The Museum of Underwater Archaeology offers a very pleasant setting in the castle grounds. The visit will give you the opportunity to admire its rooms full of history, but also magnificent panoramas. Count a budget of about ten euros for the visit. 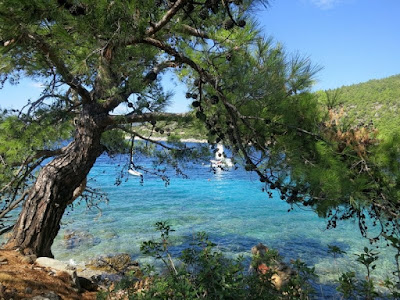 are they the best beaches in and around Bodrum ?

The beach of Bitez is a large sandy beach, with a charming and authentic setting near the small town of Bitez, located six kilometers from Bodrum. A relaxing break away from the tourist hustle and bustle. Torba Beach is also located a few kilometers from Bodrum and has a wild setting ideal for nature lovers. Surrounded by hills and pine forests, it has preserved the salt of a small fishing village. Finally, in Bodrum itself, near the Château Saint-Pierre, Kumbahce offers good amenities (deckchairs, restaurants, etc.) and a pleasant view of the port. If you want more peace and quiet without getting too far away from the city, choose the gümbet Beach, which is a tourist area but wide enough to be quiet.

4. The mausoleum of Halicarnassus 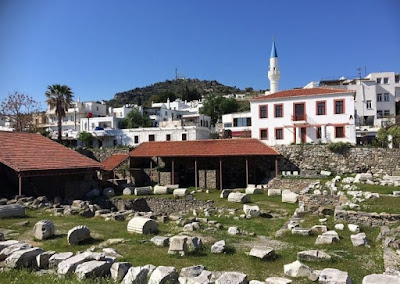 It is inconceivable to visit Bodrum without seeing the fifth of the Seven Wonders of the ancient world : the mausoleum of Halicarnassus. This funerary monument was built in 350 B. C. at the request of Artemis II, widow of the mausoleum King. At this time, Bodrum was named Halicarnassus and was the capital of the Persian kingdom of Carie, which became independent under the Government of Mausoleum. However, it is mostly of Greek culture.

If today the mausoleum is in ruins and a large part of its stones was used to build the Saint-Pierre Castle, we can conceive what it looked like, thanks to the descriptions of the famous writer Pliny The Elder. Imagine a structure 43 meters high above the hill, surmounted by a four – horse-guided tank statue. Columns surround the building and friezes depict fighting between the Greeks, centaurs and Amazons. The visit of the ruins allows to marvel at the vestiges of this incredible monument.

To visit Bodrum is also to enjoy one of the most famous nightlife in Turkey. The city is dotted with restaurants, bars and night clubs which will make you spend an unforgettable evening. Turkish specialities are featured in a large number of restaurants: fresh fish, aubergines with yoghurt, pasta filled with spinach, lukums…

What to do in Bodrum to party ? Visit the eastern bay, especially on Cumhuriyet Street, to enjoy the best nightclubs in the city. The Catamarans Club is worth a visit : this nightclub is in fact a huge boat which takes off in the early evening and only comes back to dock at dawn. Shuttles travel back and forth between the club and the shore all night.