Visit Izmir: what are the best things to do and see in the Queen of the Aegean ?Izmir (traditionally called Smyrna) is a gigantic metropolis of more than 4 million inhabitants located on the Aegean Sea near the Gulf of Izmir. It was the third largest city and the second largest port in Turkey and was founded around 3000 BC. A symbol of the hittite Kingdom, it has a thousand-year-old history, as evidenced by the surrounding archaeological sites, monuments and vestiges scattered here and there in the historic centre of the city. Today, Izmir is a modern, pleasant city, strongly occidentalized by its geographical position,and has a leading seaside resort.

Wondering what to do in Izmir during your stay ? Here is the answer with our 6 essential to visit Izmir and taste its pleasures without losing a crumb ! 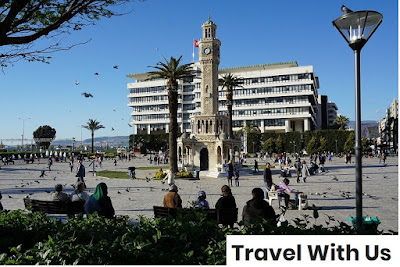 The clock tower is the emblematic monument of the city : overlooking the famous Konak Square in the city centre, it was designed by a French architect, Raymond Charles Père, in 1901 to commemorate the 25th anniversary of Abdülhamid II’s accession to the throne.

Konak Square is the place where everything is done, where everything is seen in Izmir, and the fabulous setting for this building that is just as fabulous. For gourmets and street food lovers, don’t hesitate to taste an authentic kebab, a thousand places away from what you can find in France : they are legion on the place ! 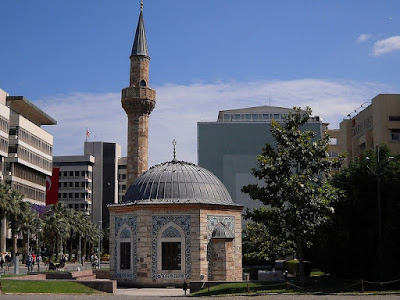 Built in 1755 for love by the wife of the then Governor of Izmir, Ayse Hanim, the YALI mosque is an institution in Izmir. Also located in Konak Square, a few steps from the clock tower and the governor’s Palace, it presents the unusual shape of a perfectly octagonal one ! It is possible to visit it, even for non-Muslims, provided they take off their shoes and, for women, put on a veil. It has a single dome and a small minaret, and the visit is worth a visit for those looking for what to do in Izmir. 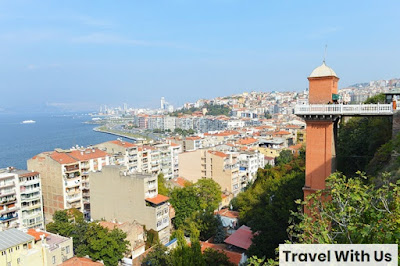 The Asansör is a vertical historical monument, whose name derives from it.. from our typically French elevator, and for good reason : built in 1907 by a wealthy banker in the District of Karatas, on the edge of a cliff, it had a utilitarian vocation. In fact, its purpose was to facilitate the transport of goods from the bottom up, and vice versa !

Today, it has become an emblematic place of the commune and allows to eat while enjoying a spectacular view of the city : a delicious restaurant has taken place at the top of the tower, and will allow travelers looking for what to do in Izmir, and not afraid of vertigo, to enjoy a unique moment by tasting the kebabs of lambs roasted with stuffed vine leaves, a famous met typical of the city. 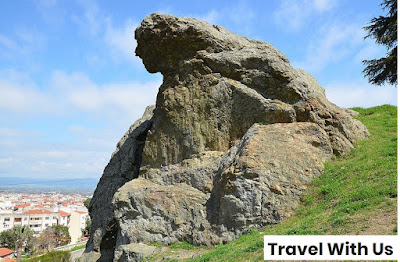 Mount Sipylos (Spil Dağı) is a mountain that overlooks the province of Manisa and overlooks the city of Izmir. It is 1513 m high and, for those looking for something to do in Izmir, it is a sporty break for hiking : there are many trails on it and, once you have reached the top, you can enjoy a wonderful view of the entire Gulf of Izmir and the surrounding towns. 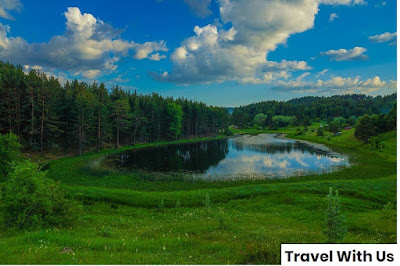 Did visiting Izmir make you feel warm ? No problem, head for Karagöl, a mountain lake stretching in the countryside, about 15 kilometres to the north of the city ! If, in Turkish, its name means ‘Black Lake’, do not worry, no monster will come to eat you and many warm campsites are located on either side of its cool waters. Many locals come to cool off during the summer, and the kids love to taste the local grape ice cream !