Are you visiting Athens for a weekend or more ? In this article, I have collected for you the best activities you need to do and the things to see absolutely during your visit to Athens : museums, neighborhoods, tourist sites, attractions, monuments, restaurants and many more…

Athens is a sprawling city founded between the famous Seven Hills and surrounded by majestic mountains. Inhabited for more than 3,000 years, the site of Athens is widely known as the cradle of western civilization and democracy. Composed of an immense city centre, urban neighbourhoods and a vast area where the metropolis extends, Athens is a confused mixture of historic and modern buildings.

The city is famous for its ancient ruins, archaeological sites and monuments. In any case, Athens is not about that. This lively city is also appreciated for the richness of its culture, its nightlife, but also for the sports. In this article we will give you an overview of some of the activities you can do in Athens. 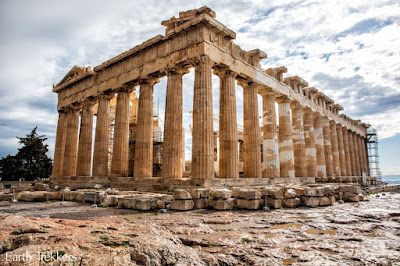 1. The Acropolis (where to stay)

No visit to Athens would be complete without a passage through the Acropolis, the most famous of the hills the Greek capital. It is Impossible not to go there because there are many remarkable ruins. Including the old citadel to which the hill owes its name. Although it rises to only 156 meters high, the Acropolis is considered a highlight in ancient Greek culture. From the top of the Parthenon, travelers can admire ancient monuments, but also the whole modern city of Athens. The buildings built on this hill are in perfect harmony with the natural environment that surrounds them.

I hope this list of my favorite places will give you some ideas if you don’t know what to do or see in Athens. If you have other suggestions for monuments to visit or itineraries to do, please let me know in the comments. 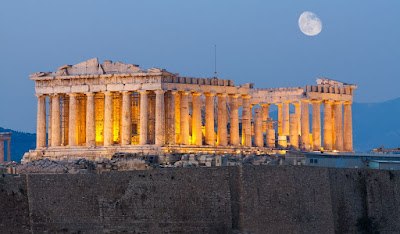 The Parthenon is obviously the most famous building of Athens and even of all Greece. It stands majestically at the top of the Acropolis and is considered the archetype of Doric architecture, the simplest and most refined of Greek architectural styles. The temple was built to honor the goddess Athena Parthenos, the patroness of Athens, to thank her for protecting the city during the wars against Persia. Located on the site of an ancient temple of Athena, it is believed that the Parthenon was completed in 438 B. C., When Athens was at its peak. Symbol of ancient Greece, The Parthenon is decorated with sculptures that are considered archetypes of Greek art. 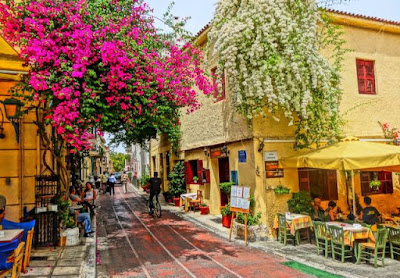 One of the most popular tourist attractions of all Athens, the Pláka district is located at the foot of the Acropolis and extends to Syntagma. This village is almost like an island in the city, and it is an ideal way to discover the authentic Greek culture. The area is beautiful and you will see many cafes, trees, pergolas procuring a shade, and cobblestone streets. The area is famous for its gastronomy, shops and cafés. On Kydathineon street, visitors can visit the Jewish Museum, the Museum of folk art and the famous Saita Tavern which serves delicious bakalairos and other grilled meats. 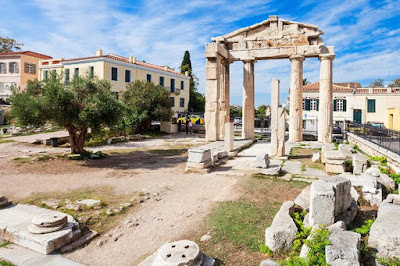 4. The Agora (plan your visit)

Located northwest of the Acropolis, The Ancient Agora of Athens was once a market and the center of Athenian life. In particular, the population gathered there to buy all kinds of products. It was also a place where we met to discuss politics, business, current events, the nature of the universe and the divine. Ancient Greek democracy was literally born in this unique, true birthplace of our civilizations. It is a wonderful place where one can still feel the atmosphere of Athens in ancient times. The Temple of Hephaestus was built in the 5th century B. C. and overlooks the Agora from its high position on the hill of AgoraiosKolonos. Similar in style, but smaller than the Parthenon, the temple consists of 34 Doric columns supporting a roof that is still partially intact. It is the best preserved temple in Greece thanks to its conversion into a church in the 7th century.

The Erechtheus or Erechtheion is a temple built in Pentelic marble, a Greek mountain located in Attica. It is located on the Acropolis, and it is one of the legendary buildings of Greek architecture. Its construction, between 421 and 405, dates back to the time when the temple of Athena was destroyed by the Persian invasion. The Erechtheion was once a sanctuary dedicated to AthenaPolias, Erechtheus and Poseidon. Visitors can access the sanctuary of Athena via the East Portico. The North Portico leads to the Western cella. At the South Portico you will find the porch of the Caryatids. You will see the six famous female figures in their drapes that support the entablature, they are of course the symbol of the Erechtheion

6. The Temple of olympian Zeus

The Temple of Olympian Zeus or simply Olympiaion is known to be the largest temple in all of Greece. It took almost seven centuries to complete the construction of this huge complex. Construction began in 515 B. C. on orders from Pisistrate, but the work stopped because Pisistrate, like his son after him, was perceived as untyran by the Athenian population. Work resumed in 175 BC, but was halted again ten years later when the Roman architect Cossutius died. Under the reign of emperor Hardian in 132 bc, the temple was finally completed and dedicated to Zeus. It still stands today and recalls the greatness of Greek history even though only 15 of the 104 huge columns are still standing. They are 17 meters each and once surrounded a cella (closed part of the temple) where were placed two large statues.

Syntagma Square is a mandatory stop for all tourists who spend their holidays in Athens. The Square is particularly famous for the changing of the guards which takes place every hour. The task of the Evzones is to guard the Tomb of the Unknown Soldier. You will also see the Hellenic Parliament building. It is also a gateway to all parts of the city thanks to the trolley, tram and buses. A fountain, antique statues and two large lawns will give you a perfect setting for souvenir photos or a picnic. Most of the major events that have marked the history of Greece have been celebrated in Syntagma Square. The place also has a political function, it is here that the government of the military junta was overthrown in 1974. In addition to the Hellenic Parliament building, you can also admire the historic hotels, Great Britain and the George II.