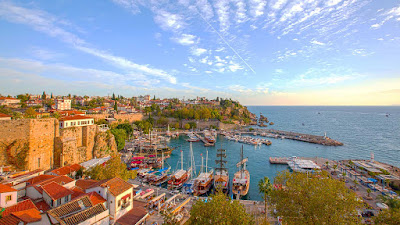 Are you going to travel to Turkey and visit the south coast ? Discover our selection of essential things to do in Antalya !

A metropolis and seaside resort situated on Turkey’s southern West Coast, Antalya is the tourist capital of the Turkish Mediterranean and one of the busiest seaside towns in the world. With 2,328,555 inhabitants and 9 million visitors per year, Antalya is nicknamed the “Turkish Riviera”. Founded by Attalus II (King of Pergamum) in 150 BC, the city was in turn coveted and occupied by the Romans, Byzantines and Seljuks before falling into the Ottoman Empire (1299-1924). With a rich past dating back to the Roman era, Antalya has always played a leading role in the eastern Mediterranean. What to do in Antalya Most of the most interesting activities to do to visit Antalya are located along the coast : beaches, historic districts and monuments, culinary specialities, cultural visits.

To help you prepare for your trip, we have been looking for the best things to do to visit Antalya. 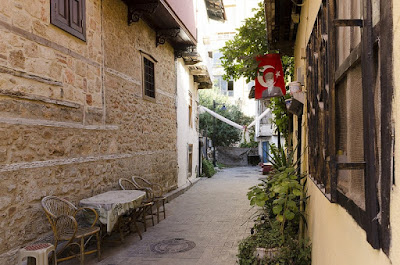 Antalya is a leading tourist Destination in Mediterranean Turkey, and it is also a destination for mass tourism and the ostentatious consumption of wealthy and affluent tourists. In spite of this, the city has maintained its historical charm and authenticity. The Old Town of Antalya, in particular, has retained its nobility. Named Kaleici, the Old Quarter is a maze of pedestrian and shopping streets. Kaleici is built on a rocky outcrop on the side of a steep cliff, below which there is an Old Harbour, rehabilitated today as a modern marina. This is obviously a must for everyone who comes to visit Antalya.

In the historic center, direction the clock tower (octagonal tower)and the marina, below the Marina. Along the pedestrian streets, discover the old Ottoman houses, the Yvelinare Mosque-an ancient Roman Church transformed into a mosque -, an old hammam, a tower of the Roman era, the Hadrian gate and its three arched doors, the truncated mosque ” Kesik Minare “. Innumerable shops, art galleries and craft shops, small Turkish cafés and restaurants lie in the cobblestones of the Old Town.

2. Visit the Museums of Antalya 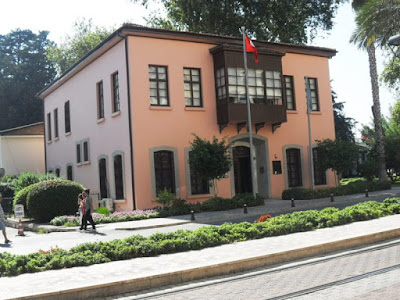 What to do in Antalya, if not to learn about Turkish history ? At least five museums are among the unmissable. The Antalya Museum is one of the largest in Turkey, it traces the history of Anatolia. It would be a shame to visit Antalya without making the Atatürk museum-house, which is dedicated to Mustafa Kemal Atatürk, the first president of the Republic of Turkey after the fall of the Ottoman Empire from 1924 to 1938. If you come to visit Antalya with your children, the Toy Museum will fill them with characters and figurines (Titi, Dalton). 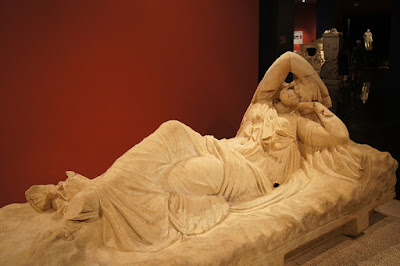 The Antalya Museum is the Archaeological Museum of Antalya, one of the largest museums in Turkey. It is located in the Konyaaltı district, with 13 exhibition rooms, an open-air gallery, covering an area of 7,000 m2 and housing more than 5,000 works of art.the visitor can see gallo-Roman statues, objects and objects excavated during archaeological excavations dating from the Neolithic era, documents and rooms of the Ottoman Empire.

4. See the gate of Hadrian

The Hadrian Gate, also known as the Üçkapılar gate, is a triumphal arch located in the Kaleici, built in the likeness of the Roman Emperor Hadrian (117-138). Made up of three arches, it is considered the most beautiful gate of Pamphylia (ancient name of the Antalya region) and testifies to the power of the Roman Empire, yet so far from Turkey in the 2nd century AD. It was unused-enclosed by the outer walls of the Old City – for many years, which may explain its incredible state of preservation. 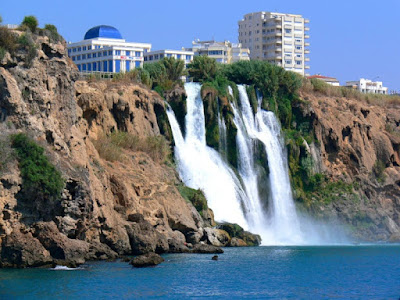 What to do in Antalya to escape the hordes of tourists who rush to the same tourist sites and take away a little the charm of a stay in the sun ? The Düden falls, 10 kilometers north of Antalya will reconcile you with the region. Fed by the Düden river that rises in the Taurus Mountains, these waterfalls are one of the places not to be missed during a stay in southern Turkey to visit Antalya. The falls, about twenty meters high, are surrounded by a nature conducive to hiking and strolling. Near the beach of Lara, west of the city, the düden falls throw itself 40 meters high into the turquoise waters of the sea, offering a striking spectacle.

6. The beaches of Antalya 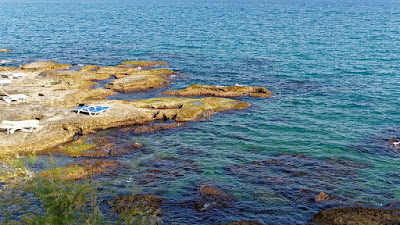 What to do in Antalya when it is hot ? Of course we are thinking of swimming, but we will have to face the mass tourism that is in full swing between June and August. The beaches of Antalya are very popular : Konyaalti Beach and Örnekköy Beach (hyper-crowded), Topçam Beach, Lara Beach, Marmaris Beach, etc Do not expect to find a strip of sand desert where you will be alone to relax. 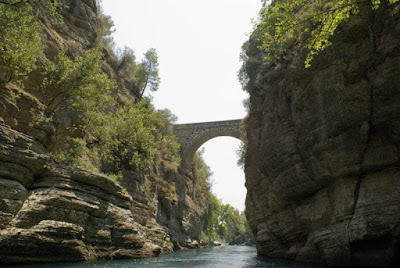 What to do in Antalya other than the beach and cultural tours ?

Sport is even possible ! Head to the north of the city to descend the rapids of the Köprülü canyon and enjoy a beautiful adrenaline rush in the turbulent waters of the Köprüçay River. It will be necessary to plan a good day to fully enjoy the rafting and the site: The Descent fat 14 kilometers long !

How to get to Antalya ?

The best way to get to Antalya is by plane. Scheduled international flights arrive at Antalya Havalimanı airport. It should be noted that there are not many direct flights to Antalya and the flights with stopovers can be long, it will often be necessary to go through Istanbul. You can find a cheap flight on the website of our partner Skyscanner.