These are the words of the Turkish writer and Nobel laureate, Orhan Pamuk, who in his most famous book, Istanbul, describes his native city with great intensity.

And it is true that Istanbul, a city suspended between East and West, charms and fascinates its visitors with its unique cultural mix and atmosphere !

If you visit it for the first time, here are the 10 things you absolutely need to do and see in Istanbul !

1st. Enjoy a fish sandwich on the Galata bridge

Less known than the donner kebab (which is mentioned later in this article), the” fish bread”, this small fish sandwich served with pickles is one of the must-see of the local” street food”! Galata Beykoz De Beykoz and Yeniköy you will find them near the Galata Bridge but also in the less touristic areas. 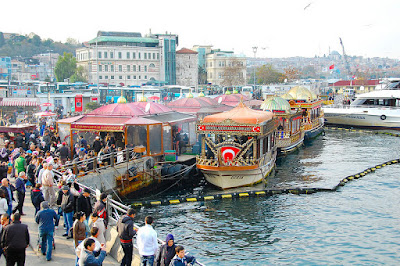 Built between 1609 and 1616, the Blue Mosque is the main attraction for visiting Istanbul. It owes its name to the ceramics that decorate its interior. It is one of the most visited historical monuments in Istanbul and by discovering its beautiful Iznik earthenware you will quickly understand why ! 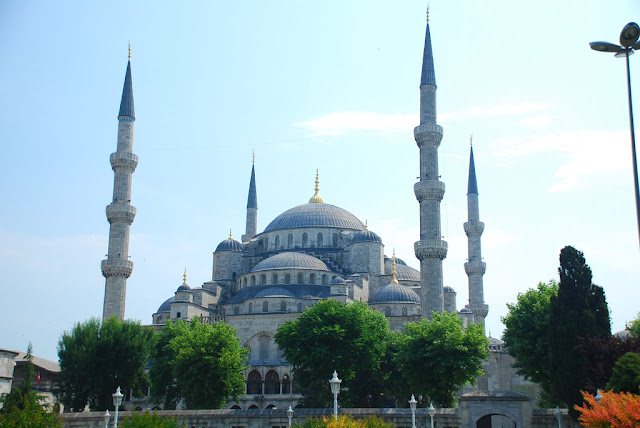 4. Negotiate lamps or tea services from the Grand Bazaar

Spread over 200,000 m2, the Grand Bazaar is well named ! It is indeed the largest in the world and you will find everything in its 4000 shops: jewelry, lamps, carpets, fabrics, leathers, etc. it is the ideal place if you want to make some shopping as a souvenir of your visit to Istanbul ! 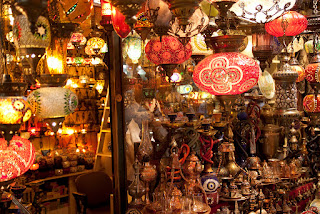 4. Taste the pistachio pastries at the Spice Bazaar in Eminönü

Also known as the Egyptian Bazaar, The Spice Bazaar in Eminönü is the second largest covered market in Istanbul. Here you will find mainly spices but also tea, dried fruit and sweets. If you visit Istanbul, don’t leave without tasting pistachio pastries ! 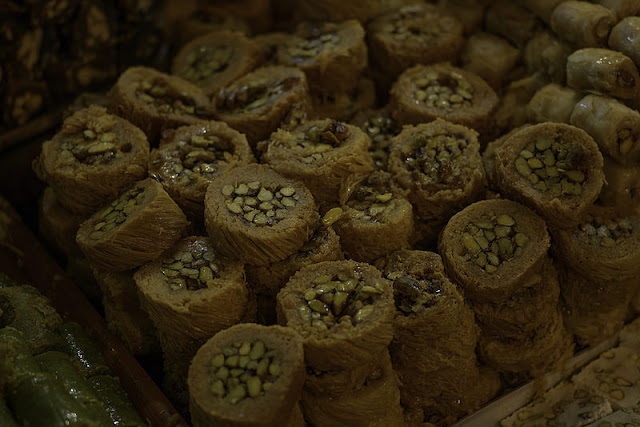 5. Discover the Basilica of Saint Sophia

An ancient Christian basilica in Constantinople that became a mosque and a museum, Saint Sophia is known for its rich mosaics. It is certainly the second most visited monument in Istanbul after the Blue Mosque. 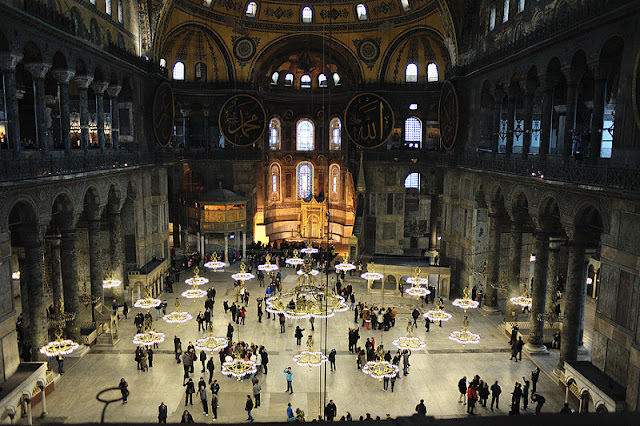 6. Sipping a mint tea in the Ortaköy district

A multi-cultural district par excellence, Ortaköy is best known for its mosque, the Great Mecidiye mosque. Located on the European shore, it is also frequented by young stampouliotes who come to taste “Kumpir” (baked potato and filled with various ingredients) and drink mint tea. And yes, that’s also visiting Istanbul, mint tea by the water !

Do not hesitate to look for your hotel in this multi-cultural area to admire the various influences that have built Istanbul. 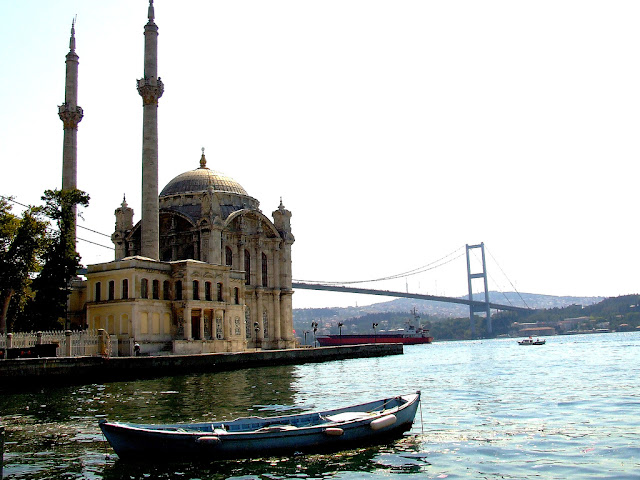 7. Getting lost in the semi-darkness of the Basilica Cistern

This gigantic underground cistern of Constantinople is one of the most spectacular monuments of the Byzantine Empire that you can still visit in Istanbul today. 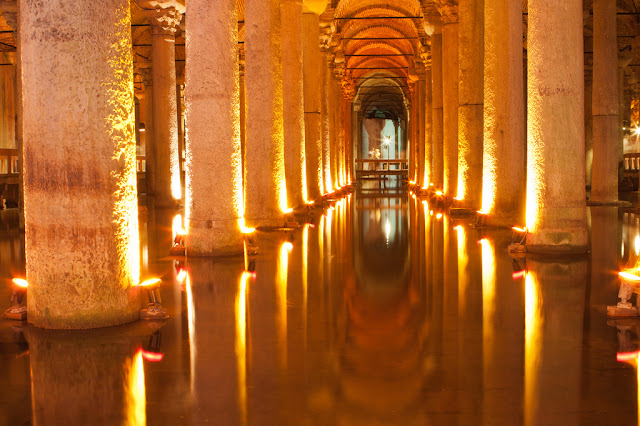 8. Drinking an Efes Pilsen on a terrace in Beyoğlu

Referring to the ancient Greek city of Ephesus, this brand of Turkish beer is very popular with local youth. To taste it, sit on a terrace in the Beyoğlu district, on the European side of the Bosphorus and immerse yourself in the daily life of the city. 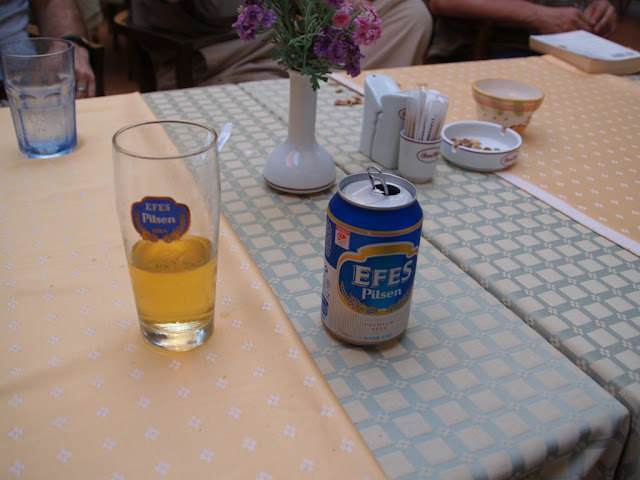 9. Go for a ride in Kadiköy

Kadiköy is the cultural center of the Asian side of the city.it is an authentic residential area where you can walk along the Bosphorus and shop cheaper than downtown Istanbul. The Kadiköy market takes place every Tuesday and Thursday and you will find far fewer tourists there ! If you’re travelling, don’t miss Haydarpaşa train station, one of the largest in the Middle East.

Let yourself be surprised by the two faces of the city, European and Asian, during your stay in Istanbul ! 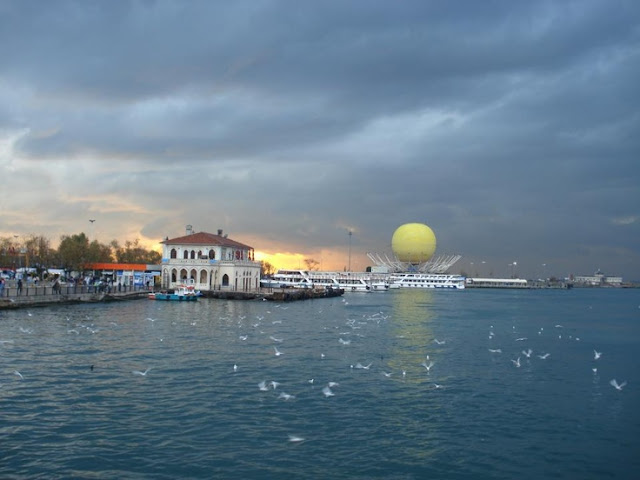 10. Take a cruise on the Bosphorus
Taking a cruise is to visit Istanbul differently !

It is probably the best way to admire the splendid panorama of the city and discover monuments that are only visible from the sea as the great palaces of Dolmabahçe and Beylerbeyi or the University of Galatasaray. You can also pass under the magnificent hanging bridges and admire the large wooden houses dating from the ottoman Empire. 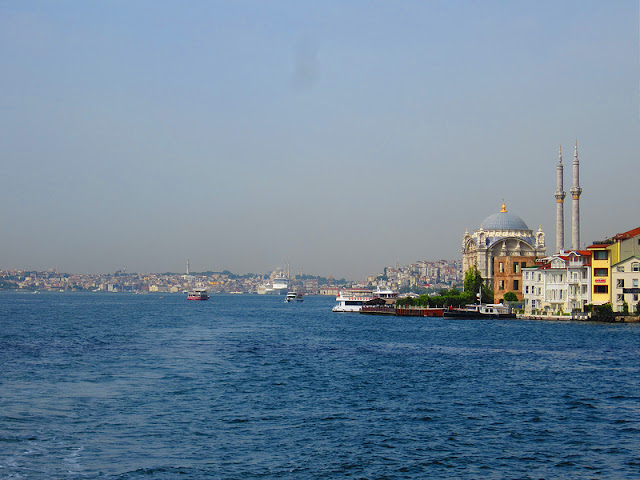