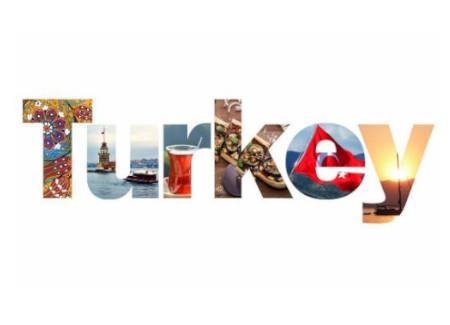 Do not try to bring back to France (or elsewhere) stones, coins and other fossils bought in Turkey, under penalty of prison and consequent fines. The Turkish heritage protection law formally prohibits the removal from the territory of any object of “geological, anthropological, prehistoric, archaeological and historical value” . The French embassy website specifies that “the notion of antiquity is interpreted very broadly by Turkish law.”  Several tourists have already been imprisoned for bringing a purchased stone back to market during their vacation …

Look into your eyes when you toast … In France, not respecting this rule is often considered rudeness. Some will also take you back in case of default. In Turkey, it’s just the opposite … To do this would be to court the person we are looking at. So you have been warned!

3 / Do not enter a mosque dressed as for camping

In Turkey, as in all other countries of the world, it is forbidden to enter a place of worship with a cleavage, bare legs or arms. Be aware that nudity covers are loaned free of charge at the entrance to the mosques. When visiting the mosques, it is also advisable to take off your shoes.

Pay attention to some unfortunately too common practices of some taxi drivers to scam you … The first recommendation is to choose only taxis that have a logo certifying that the vehicle is linked to a stop. Indeed, this type of taxi is more controlled and its driver cannot behave as he pleases. It is also recommended to check the presence of a visible taximeter in the vehicle. Note that the site http://www.taksimetrik.com can tell you the number of kilometers, the price as well as the shortest route for your taxi ride: to do this, simply enter your place of departure as well as your destination, then click on “Taksi ücreti hesapla”.

If football is almost an institution in Turkey, it is also sometimes a taboo subject… There is in particular a very strong rivalry between Beşiktaş, Galatasaray and Fenerbahçe, the three great teams of Istanbul. Discussions between some rival supporters are sometimes a serious matter, in which it is better not to get involved (especially if you know nothing about football!). Rest assured, the discussions around the football are often in a good atmosphere and are held above all, everywhere … Do not be surprised that you are asked your favorite team, no matter where you are.

For couples: practicing French kissing or cuddling in public can – depending on the district where you are, of course – be very badly interpreted by some Turks. It is therefore recommended to avoid kissing in the street too demonstratively.

Insulting the Turkish nation, the head of state or the flag is prohibited in Turkey, under penalty of prison. Turkish justice also provides for prison terms for insults against Mustafa Kemal Atatürk, the founder of the Republic of Turkey. It would also be frowned upon by most Turks.

8 / Do not keep your shoes in a house

Remember to leave your socks with holes in the cupboard! In Turkey, it is customary to remove your shoes before entering a house for hygienic reasons. It would be very frowned upon and considered as disrespectful not to take your shoes off. This practice is still in use in most homes.

9 / Don’t blow your nose in public

Perhaps you have noticed that Turks never blow their nose in public? It is extremely frowned upon to do so in plain sight. Turks prefer to go to the toilet or elsewhere, out of sight of others.

It is essential to ask for the authorization of your subject before photographing it. In Turkey as everywhere, it is a question of respect and politeness. Do not panic if you do not speak the same language, sometimes a simple exchange of look or smile can make you understand if the person agrees to be photographed or if it is time to put away your camera … By asking for permission, you will also have the opportunity to make an interesting meeting and share a moment of exchange.