“Chinese food” remains the most popular food in the world. In addition, authentic Chinese food has many differences from Western food! In the article that follows, you will discover 15 truths about Chinese food that will make you sensitive but that could also shock you. 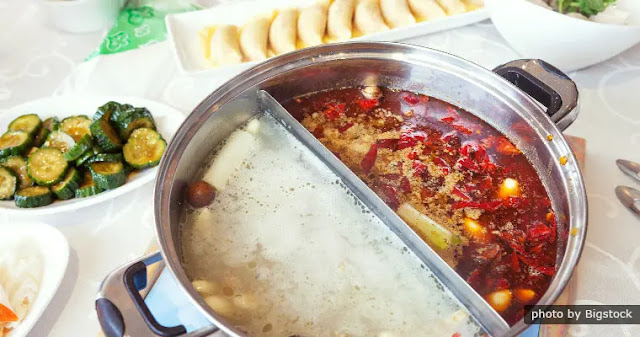 1. The greatest variety of flavours in the world

Did you know? Chinese food has 5 essential flavors (sweet, sour, salty, bitter, and hot) that must be balanced according to the principles of traditional Chinese medicine.

In China, flavours vary considerably, depending on the region you are in. For example, the cuisine of Sichuan owes its reputation to its pungent and numbing flavors, the cuisine of Hong Kong is characterized by its mixture of sweet and salty while the cuisine of the north of the country is, exclusively, salty and that of the minorities of the South reveals, mainly, a sour taste through its dishes.

Because of its colder and drier climate, the North prefers to grow wheat. As a result, its inhabitants eat mainly wheat-based foods such as ravioli, pasta, and bread rolls that are natural or stuffed and steamed.

In the south, practically at every meal, the chinese eat only white rice or rice noodles, to which they add a greater variety of fruits and vegetables. Wheat is consumed only occasionally.

3. The Chinese consume almost everything that moves !

Chinese eating habits often shock foreigners. Many dishes of Chinese cuisine provoke a strange feeling, even of disgust. To name a few, the hot pot of dog meat, insects, scorpions, snakes, rats, and just about everything in the pig (ears, head, feet, heart, lungs, liver, kidneys, intestines and even the blood boiled).

4. An incredible variety of vegetables

In China, this incredible diversity is not limited to “meat“. There are, in fact, a multitude of vegetables and fruits that you will certainly never have seen or heard of before, such as the pomelo, the bitter cucumber, the yam of China, the mushrooms growing on the trees and dozens of plants, with an untranslatable name, coming from nature and considered in the West as weeds.

5. Ingredients must be as fresh as possible in China – frozen or canned food is less popular

There are many traditional markets for fresh produce. We count almost one per quarter. The stalls are full of live animals or newly slaughtered animals as well as freshly harvested foods. A lot of Chinese go there every day. Although refrigerators and freezers are gradually arriving in every household, the fact remains that women continue to prefer fresh vegetables.

In addition, according to Chinese medicine, food must be eaten according to the seasons. This is to help his body fight the yin (cold weather) and yang (warm weather), namely, humidity and dryness. For example, the white turnip (with a high yang) is a very popular vegetable in winter.

6. The Chinese eat the bones… or spit out the bone fragments.

Sausage fish in sauce
The Chinese don’t like to mess it up. Thus, fish and poultry are often served whole. For example, only eviscerated, the fish will be presented with the head and edges left intact. Sometimes the bones, soft enough, can chew. The others will be spit out on a small plate provided for this purpose.

7. The Chinese believe that meat that covers (or is close to) bone is the best as well as Marrow has nutritional properties. Thus, when preparing certain dishes, the bones are deliberately shredded in small sketches to extract this substance. So stay especially alert while eating. Bone broth is, by the way, a very popular dish.

8. All foods are cut to the size of a bite so they can be eaten with chopsticks

Unlike the West, the Chinese only use chopsticks at the table. Neither knife nor fork, which they indeed consider to be “barbaric”. However, these chopsticks cannot cut food properly. When cooked thoroughly, the food softens. Otherwise, these foods are pre-sliced to the size of a mouthful before being cooked.

With an average and ordinary monthly consumption of two to three chopsticks per person and a population of around 1.4 billion, it is, therefore, not so surprising to arrive at this astronomical figure. The government is now imposing a tax on disposable chopsticks to reduce their use.

Most (disposable) chopsticks are made from soft wood or bamboo, representing about 100 square kilometers of forest, the equivalent of 50000 tons of wood and bamboo. You can also imagine semi-trailers filled with rods lined up over a distance of 30 km.

10. The same ingredient can be cooked a dozen ways

Like the Bubba shrimp from the filmForest Gump, there are many ways to prepare Chinese food. For example, fish can be cooked parboiled or smothered, boiled, sautéed, fried, roasted, preserved in brine, marinated in vinegar, or cooked with a sweet-and-sour sauce or soy sauce.

12. The names of dishes can be misleading

The Chinese especially like to give catchy names to their dishes. So that some of them do not correspond, at all, to the ingredients that make up the dishes. For example:

The “lungs in slices of wife and husband” nothing to do with canibalism (you will certainly be relieved to learn that this one is banned in China)! On the other hand, this dish consists of the lungs, the tongue or a few other cuts from the bovine and seasoned with a spicy oil.
The” tree-climbing ants “(French: “ants grimpant aux arbres”) (French: “ants grimpant aux arbres”) is a mixture of vermicelli and spicy ground pork.
Note that a “chicken of the fields” (tiánjī) represents a frog ! The help of a guide or interpreter, you will avoid unpleasant surprises. Refer to our services below.

13. The symbolism of Chinese food superstition

Lunegateaux De Lune
For the Chinese, some foods have a special meaning based on their shape, colour, pronunciation or possible legend. Superstition and even interpretation require that some of them be integrated into festive meals or major events in order to invoke a blessing.

Take, for example, the ravioli, in the form of small ingots. Consumed in the Chinese New Year, they caress the hope of greater wealth for the coming year. As for the rounded moon cakes, they symbolize the family reunion during the celebrations of the Mid-Autumn Festival. See our article on the symbolism of Chinese food.

During the traditional Chinese meal, the different dishes are eaten together. They are placed in the middle of a table, around which guests are seated with a bowl of rice.

In the restaurants, the tables, especially for those that can accommodate 10 to 12 people, feature a large central turntable allowing, thus, to each, to reach more easily the dishes presented. See our article “What restaurants in China look like”.

15. The guest is seated at the head table

As a general rule, the guest of honour sits at the end of the table, at the farthest place from the entrance, with the most expensive dishes, such as fish, chicken or duck pointed in its direction.

Where Is Singapore: When To Go To Singapore?