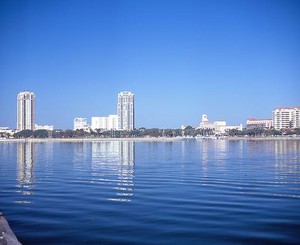 – French institute : Nevsky Prospekt, 12, 3rd floor. Metro: Admiralteyskya. Open every day from 9.30 am to 6.30 pm. Closed in August. Settled in the birthplace of Sacha Guitry. Media Library (Tuesday from 2 p.m. to 9 p.m., Wednesday to Friday from 10: 30 a.m. to 6: 30 p.m., and Saturday from 11: 30 a.m. to 5: 30 p.m.) very well-stocked, weeklies and magazines, CDs and DVDs, not to mention the Culturethèque, a digital library. Also organizes cultural activities and offers French courses.

– Ticketing : proof of the Pétersbourgeois ‘ passion for culture, you can find theatre boxes (teatralnaya kassa) everywhere (including some subways, such as Admiralteyskaya), in all areas of the city ! You can buy tickets in advance for concerts, folkloric shows, theatres, ballets… The calendars of the shows, usually displayed on pillars or walls, are only in Russian, with exceptions, and cashiers usually speak only a few words of English.

The most central and most convenient cash register is located at Nevski prospekt, 42, opposite Gostiny Dvor (in the summer 24h / 24, the rest of the year, every day 8h-midnight).
Tickets can also be purchased directly from the cashier of the theatres and, of course, on the Internet. Finally, don’t forget that some theaters have summer breaks.

Alternative and techno Culture
– Saint-Petersburg”s Museum of Sound (ex-GEZ 21) : Ligovski pr., 53. Metro : Plochad Vosstanya or Mayakovskaya. In the Pushkinskaya-10 art Center (where the Fish Factory is located), on the third and top floor (consult the on-site map to find out). Daily 5pm (3pm weekend) – 11.30 pm. In principle, concerts from Thursday to Saturday from 8pm. admission: about 400 R.
A place that we will not recommend to all ears… On plastic chairs one can attend the concerts given in the gallery of experimental sound-as experimental as destroy ! If you don’t like music, have a beer with the students in the attic… There, no music, but atmosphere very good child almost guaranteed.

– Saint-Petersburg in your pocket: the most complete of the free booklets, with a very well made site (the booklet is downloadable). All in English. In addition to the monthly news of the shows, there is a practical section, a section of sites to visit, a map of the city and a selection of accommodation, restaurants and bars.

– Where: the magazine can be found in some hotels (latest tourist and gastronomic news of the city). Alternatively, it can be downloaded from the website. On this site, you will also find information about museums and a selection of hotels (rather chic), restaurants, shops and places to go out.

Remember that Russian Baths are not recommended for the heart patients (the heat shock between the sauna at 100 °C and the Frozen Pool…). Better bring a towel, soap and shampoo. We can rent a sheet on the spot. Buy a venik (birch twigs) at the entrance to whip your blood : excellent for circulation, they say. If you are not accompanied by a Russian friend, watch how others do it. Don’t be afraid to ask for advice, at the risk of sounding like pie. At bania, people are relaxed, they will help you with pleasure.

– Yamskie bani : Dostoievskovo ul., 9. Tel.: 312-5836. Metro : Dostoyevskaya or Vladimirskaya. From 350-450 R for 2 hours, 500-600 R for 4h.
One of the most central and best equipped baths. The facilities are not mixed and on Wednesday and Friday, the public is rather gay. Possibility to book a private sauna (more expensive of course). There is also a café-bar, fitness club and even a tanning salon. The modern and private banya classic. Nobody speaks English but the instructions on the site are given in French

Boat Tour on the canals of Saint-Péterbourg
How about a little walk along the canals ? The Moika River, the griboyedova canal and the Fontanka river have numerous embankments, especially at the intersections of these three canals and the Nevsky prospekt: the Zelioni, Kazansky and Anichkov bridges. Tickets are purchased at the kiosk across the street or directly on board.
Count 800-900 R for a walk of about 1 hour.
Even if the guide on board speaks only Russian, do not hesitate to go there, as it is a pleasant aesthetic walk rather than a cultural visit.

Alternatively, located opposite the Fabergé Museum, the company Anglotourismo English Guided Boat Tours) proposes, from May to September (the other companies work a little longer), tours in English, throughout the day from 11am, and even, from June to August, at 0h20, to attend the bridges over the Neva (1,100 R per person and 1,300 R for the night tour, small discount students ; CB refused).
Hop-on hop-off system, except for the night Exit (2 other pontoons are usable: Reki Fontanki nab, 64 and Dvortsovaya nab, 32). In any case, what speed ! They are sometimes big boats, sometimes modern and covered boats. You can choose your style. Get a sweater or windbreaker. When it gets chilly, we offer blankets.

We recommend the company that is based on the Moika, facing the No. 26, which has audioguides in the language of its choice, even the French (also proposes, on the weekend, outings at 0.30 am to attend the lifting of bridges).

Saint Petersburg at night: opening of bridges
One of the sights of St. Petersburg, a city closely linked to its river, is the night opening of the bridges over the Neva, which takes place every night from April to early November, the period of navigation on the river. From 0125 to 0245, the aprons of all the large bridges stand in turn at a specific time. This device allows large ships and cargo ships to circulate without disturbing the road traffic (already dense enough like that !) during the day. Taxis and party-goers know the opening hours of the bridges by heart.

Going to see them open during the sleepless period is a real tourist activity. The buses hurry around 1: 15 in the morning to attend the first openings. Fun ! But tourists aren’t the only ones. In June, at the end of the exams, clusters of students do the same… drinking. Always a big crowd !

Walks
– Peter’s Walk: founded in 1996 by Piotr (Peter) Kozyrev, The Walking Tours team is led by young Russian perfectly English speakers and offers guided walks through the city, full of interesting anecdotes: the well-known or little-known neighborhoods, on the traces of Dostoyevsky, Rasputin… No Resa required : simply go to the meeting place indicated on the site.

For the base tour, called “the original Peterswalk”; the start is in season from the Julia Child Bistro restaurant, Grazhdanskaya ul., 27.

The prices are very affordable: R 1,600 for 4 hours of walking, a little more for the one on Saturday on the Second World War (in July-August only, groups of 8 people max).

Also, on Friday evening (in high season always), the bars tour, and even a 3: 30 bike tour on Saturday and Sunday morning.

Finally, Peter’s Walking Tours offers all kinds of theme walks on request (possible in French), but it is better to be a small group, because it is more expensive. Really a good plan to meet young Russians enthusiastic and in love with their city !

Theatres, ballets and classical music
Even if you are on vacation, you are kindly recommended to go to the theatre or ballet in a decent outfit.

– Mariinski teatr (Mariinski teatr) theatre: it is the most prestigious theatre, and all the best companies perform there. Operas, ballets… The season runs from the end of September to the end of July, with 2 shows per day, except Mondays (spring break). Grand room. Since the opening of the Mariinski 2, some 800 shows a year are given. 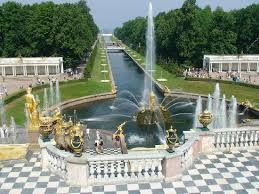 – Alexandra Theatre (Alexandriyski teatr): the oldest theatre in St. Petersburg, a superb building with a yellow facade, built by Rossi. It is integrated into one of the most coherent and studied ensembles of the city : the theatre itself, Ostrovskovo Square and Rossi Street. In summer, we play mainly ballet to please tourists (great classics with Swan Lake at the head of the Billboard), out of season rather tragedies and comedies.

– Philharmonic Shostakovich (Bolshevik): the season runs from the end of September to the beginning of July. Concertos, symphonies, and choirs.

– Mikhailovsky opera and ballet Theatre : Opera and ballet. Inside, nice Italian room on 5 levels. Balconies decorated boxes surmounted by cherubs. No summer break, the most popular ballets continue to be played there.

St.Petersburg, is a really big, beautiful and historic city. We advice everybody!

Where Is Singapore: When To Go To Singapore?

Information About The Taj Mahal