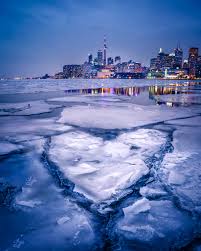 Canada’s largest city is ready for its close-up.
Toronto is remaking itself as Canada’s premier city, quietly slipping out of the shadow of Montreal and Vancouver. Last year, the Queens Quay on Lake Ontario reopened, part of the largest continuing urban revitalization project in North America. It now has bike and pedestrian paths and new streetcars that link green spaces and promenades that will be full of public art. The Junction, a former industrial area, has emerged as Toronto’s most stylish neighborhood for its bars, live music and coffee shops. And the city is becoming easier to visit: a train now whisks travelers downtown from the airport in 25 minutes, and Air Canada offers extended stopovers for connecting passengers. Toronto has long been known for its cultural diversity and continues to draw major artistic and sporting events, including the Toronto International Film Festival each September, and the 2016 N.B.A. All-Star game, held outside the United States for the first time
Show More
Facebook Twitter LinkedIn Tumblr Pinterest Reddit VKontakte Share via Email Print