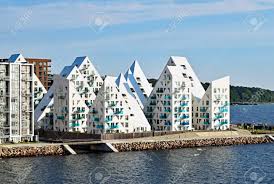 Thriving Danish culture beyond well-trodden Copenhagen.
Denmark’s second city is often eclipsed by Copenhagen, its cousin across the Kattegat sea. But this big city with a college-town vibe has a thriving art, culture and food scene that is set to expand through 2016. New development along its industrial coastline — including Dokk1, a cultural center and the largest public library in Scandinavia — as well as a light rail expected to open by late summer, is transforming Aarhus into a more accessible cultural capital. Other highlights are ARoS, the gallery known for its “Your Rainbow Panorama” floor with a kaleidoscopic view of the city; the Moesgaard Museum, dedicated to cultural history; a concert hall, home to the Danish National Opera; the “Iceberg,” a striking residential building on the water; and three Michelin-starred restaurants. Gastromé, a short walk from Aarhus’s old city center and canal, highlights new Nordic cuisine sourced from the Vilhelmsborg Forest and surrounding countryside.
Show More
Facebook Twitter LinkedIn Tumblr Pinterest Reddit VKontakte Share via Email Print