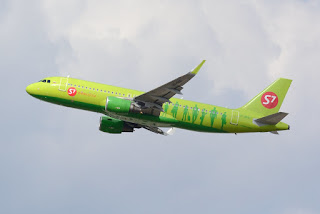 With the impact of the summer season, new seasonal flights began to increase, especially to airports located on Turkey’s coastline. Some of these new flights are in the post…

– Tassili Airlines was flying to Antalya and its last move was to Istanbul from Algeria.

– S7 Airlines also began to fly from Moscow to Dalaman. The company announced that:

“The flights will be operated every Saturday. Departure from Domodedovo Airport is at 06:10, and arrival in Dalaman is at 10:00 local time. The return flight departs at 11:00 and arrives in Moscow at 14:45.”
– Turkish Airlines started to fly to its second destination Bali in Indonesia. The company had begun to fly to Port Harcourt (Nigeria) in last month.
Show More
Facebook Twitter LinkedIn Tumblr Pinterest Reddit VKontakte Share via Email Print