Gregorian (miladi) calendar has been used in Turkey since 1925. All official holidays in Turkey are determined according to this calendar. Republic Day, the opening of parliament, the victory of the war of independence and similar events are remembered in accordance with this calendar. In addition, Christian and Jewish citizens living in Turkey celebrate their holidays on the basis of the calendar that is appropriate to their traditions. In the same way Muslim citizens also… 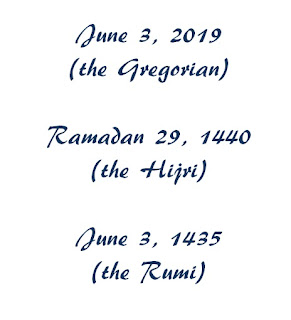 Even though the official calendar in Turkey is Gregorian calendar, you may occasionally hear two more names. One of them is the Rumi calendar, and it is a solar calendar that was started to be used in the Ottoman Empire in the 1800s. The other is the lunar calendar, which consists of 354 or 355 days (12 months) and is referred to as the Hijri calendar.

Important Note: The Gregorian calendar are taken mainly in Turkey. The Hijri calendar mentioned in the content is used only for a few specific events and special days (or months).