The Oldest Temple of the World, Gobekli Tepe is located in southeastern of Turkey. Gobekli Tepe was founded in 10000 B.C. and is thought that people have lived here for 2000 years. In other words, it can be said that it was thousands of years older than the Sumerians, Noah’s flood and the pyramids of Egypt.

Gobekli Tepe is in Sanliurfa where is in Southeastern Anatolia, Turkey. If you want to see this historic place, you should consider staying for at least one night. Both the Göbekli Hill is located outside the city and the flight hours have not been extended throughout the day. When you go to Sanliurfa, you may want to see the Pool of Abraham (Balikli Gol), Archeology and Mosaic Museum, Sanliurfa Castle also. Besides all of this, traditional foods of the city are really delicious. At least you can taste Urfa Kebab and cig kofte. Urfa Kebab is similar with Adana Kebab, but it includes less hot peppers. Cig kofte (raw meatballs) are sold in restaurants without meat. On the other hand, if you become a guest in a house, you can try and like its original version. 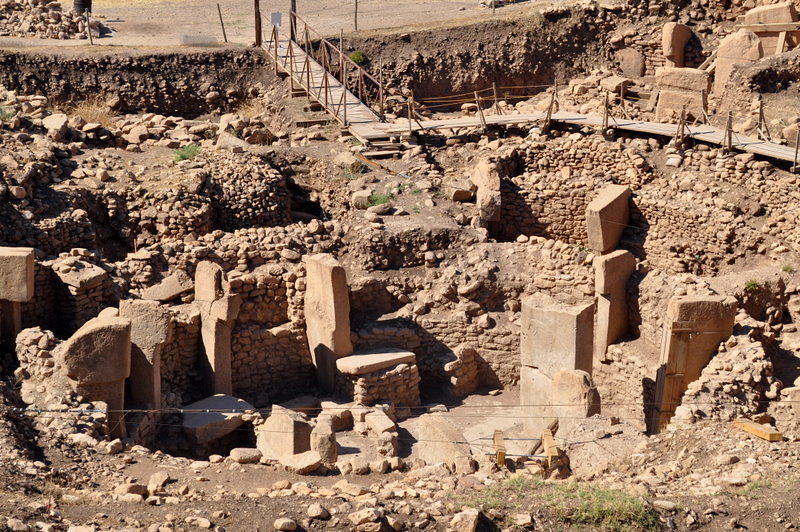 There are direct flights to Sanliurfa Airport (GNY) from Ankara and Istanbul (both Istanbul and Sabiha Gokcen). If you are coming from abroad, Istanbul Airport may be more accurate. If you are already in a city like Izmir, Mugla, Antalya, three airports can be preferred.

If you decide to go Gobekli Tepe directly, you should rent a car or take a taxi. It takes minimum 45 minutes from the airport.

You’ll probably want to go to your hotel in the city center first. According to flights, there are regular bus services that organized by HAVAS. There is no Uber in the city, by the way. And some hotels provide free (or paid) airport transfer services.

Some Tips
~ Some artifacts recovered from excavations at Göbekli Tepe are exhibited in the museum. You may want to visit the museum in the city center.
~ Both the Pool of Abraham (Balikli Gol) and the Castle are in city center.
~ Most famous traditional food is Urfa Kebab in the city.
~ A tour guide from the city can be good.